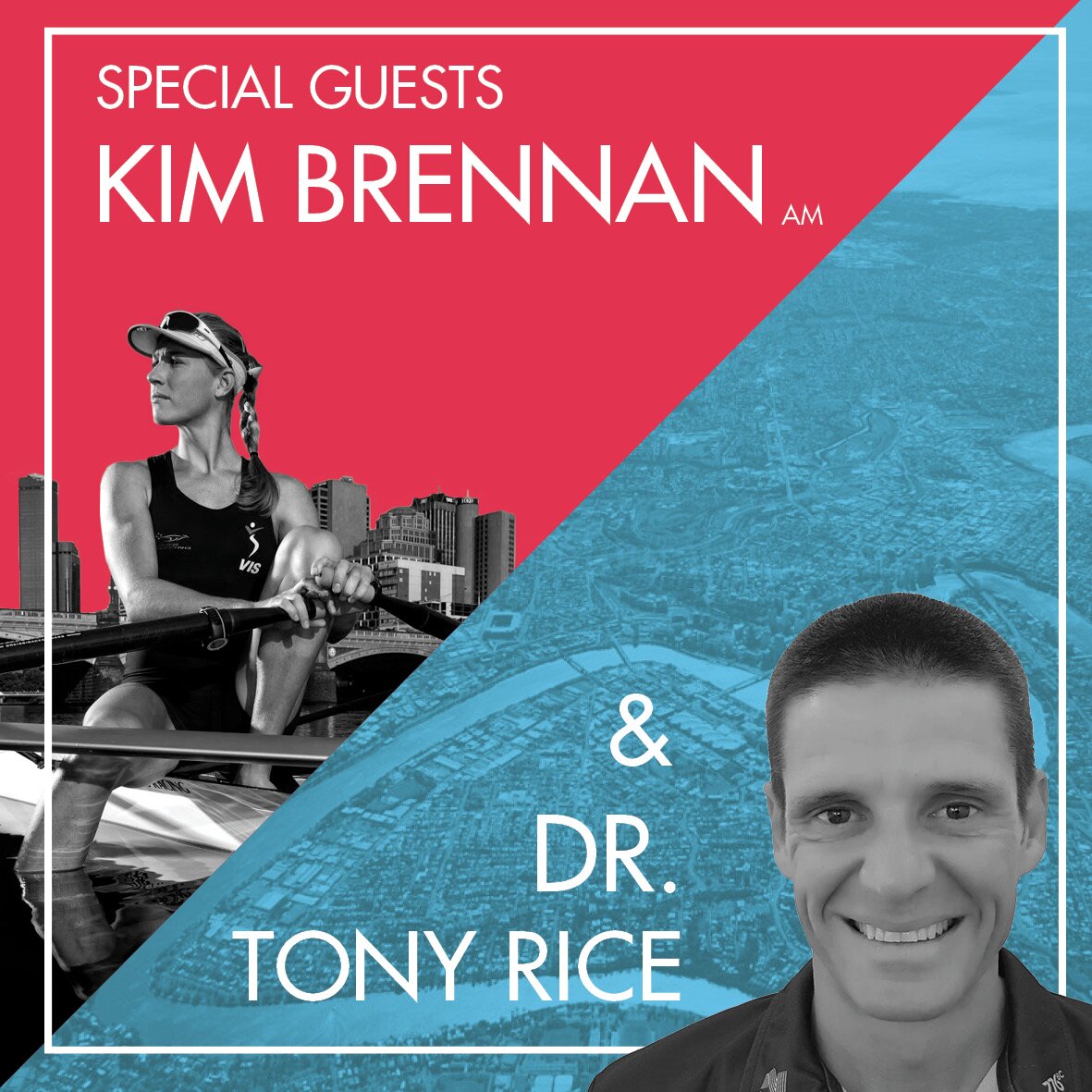 A great opportunity to see an athletes story from both sides – Coach and Athlete!

An outstanding youth athlete, Kim Brennan (nee Crow) had to cope with the burden of quitting her chosen sport of athletics (she was a World Youth silver medallist in the 400m hurdles) as the result of a career debilitating foot injury. In learning about herself through this disappointment, she channelled her determination into recovery and then into her new sport of rowing.

Kim won herself a seat in the Australian women’s eight within eight months of starting rowing, and went on to win a World Championships bronze medal that year. She has since raced internationally in all Olympic boat classes, culminating in an Olympic gold medal at the 2016 Rio Games. Four years earlier she won a silver and bronze medal in the double and single sculls respectively at London 2012. She was the only rower from any country to attempt two rowing events at the London Olympics.

Kim has been crowned World Champion in the single scull in 2013 and 2015 and was voted world female rower of the year in 2013.

Throughout her dedicated and arduous training regime, Kim has maintained her study and career, achieving a perfect score of 99.95 in her VCE and graduating from her Melbourne University Media and Communications / Law degree with first class honours (and awarded the prize as top female graduate). In 2009 she interned at the Court of Arbitration for Sport in Lausanne, Switzerland and in 2012 she was elected chair of the Australian Olympic Committee Athletes’ Commission. She currently fills the deputy Chair role, and also sits on the AIS Ethics Committee, the AOC Selection Committee and the Rowing Australia Athletes’ Commission.

While rowing, she worked as a lawyer both in private practice where she specialised in Intellectual Property Law, Commercial Law and Sports Law and then as in-house counsel at Basketball ACT. Recruited by Ernst and Young in 2016, Kim now works as a Management Consultant.

Kim is involved with various charity initiatives including the Good Sports Program, the Reach for Nepal Foundation and the Kafue River and Rowing Centre in Zambia.

Outside of rowing her hobbies include playing with her dog Ernie and going out for coffee with her husband Scott.

Tony has worked at the Australian Institute of Sport and Rowing Australia high performance rowing programs since April 2001. He has attended the 2008, 2012 and 2016 Olympic Games with the Australian Rowing Team as well as attending most World Championships and World Cup events with since 2003.

Tony has a strong interest in sport technology and helped design and implement the Catapult Sports produced Minimaxx GPS system from its beginnings as a partnership between the Microtechnology cooperative research centre and the Australian Institute of Sport. The GPS systems are now used worldwide across many different sports including rowing, canoe-kayak, AFL football, soccer and NFL football.

Research is a strong aspect of Tony’s science delivery into Australian Rowing. His current research interests relating to rowing include; the quantification of training load and training adaptations, fatigue states, oxygen delivery including hypoxia and hyperoxia, resting metabolic rate, training periodisation and more recently the design and implementation of Australia’s next generation boat / athlete monitoring system. Tony has supervised a number of Ph.D students embedded within rowing at the National Training Centre in Canberra and ensures outcomes from the high performance applied research stream are implemented throughout the national high performance and Pathways systems.